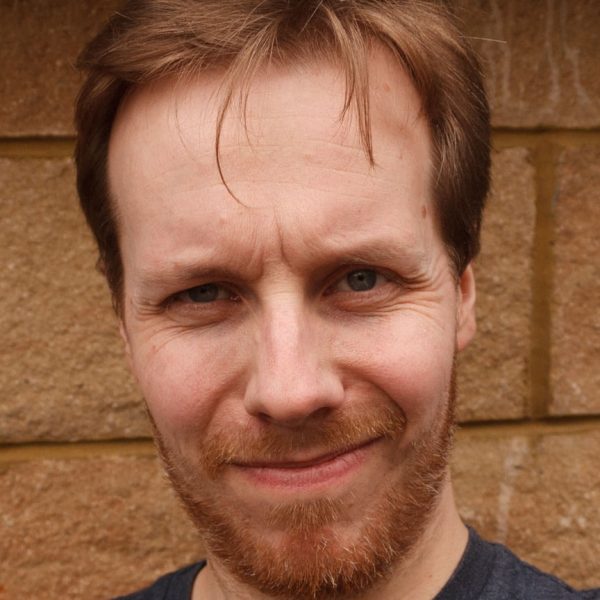 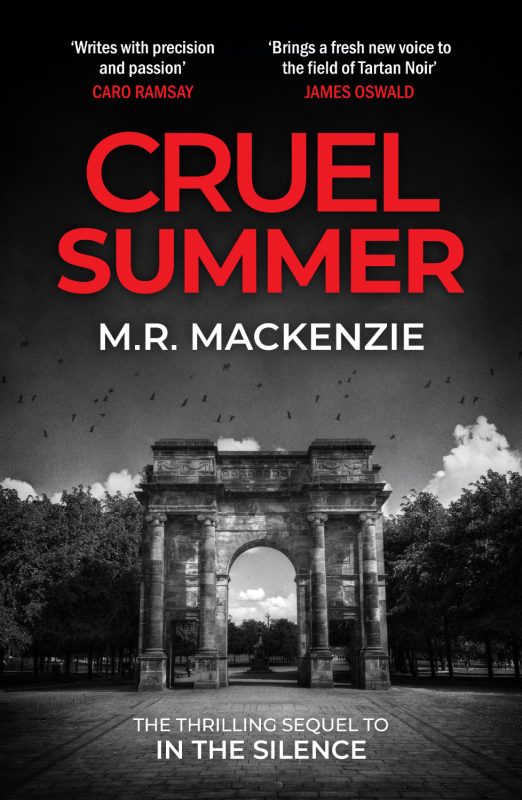 Zoe awoke with a splitting headache and an acute sense of dislocation. She was lying face-down on something soft, which upon closer examination turned out to be a bed. Momentary panic set in, only to dissipate as she realised she was both alone and fully clothed. No unexpected tattoos either, at least not in any of the obvious places. That too was something.

As the fog cleared from her eyes, she eased herself upright and took stock of her surroundings. She was in one of those blandly tasteful guesthouse rooms – the sort with floral pattern wallpaper and pictures of generic rural landscapes hanging on the walls. An itemised receipt lay on the nightstand, consisting of a breakdown of the evening’s drinking plus the cost of a night’s stay. They might as well have just taken her wallet out of her arse pocket and helped themselves. Add to that the cash she’d frittered away at Casa Mona, and the night’s frivolities had cost her half a month’s wages. She was going to have a hell of a lot of explaining to do when she got home.

Her neighbours in the next room were having what might euphemistically be described as an intense moment. Loud groans of both the male and female varieties mingled with the creaking of bedsprings, followed by a crash as something fragile hit the floor. All right for some, she thought. It’d been nearly a month since she and Carol had last done the business, and of late their increasingly infrequent encounters between the sheets had developed a distinct air of going through the motions. At least these two, whoever they were, seemed to enjoy an element of spontaneity in their love life, even if it did involve wanton destruction of hotel property.

As she lay there listening to the continuing sounds of frenzied rutting, she became aware of a new and pressing need, growing in intensity with each passing second – the need to empty her bladder. She didn’t want to move, but she knew she’d have to sooner or later. So, gingerly, she slid her feet onto the thick carpet and eased herself upright. Once the room stopped spinning, she had a quick look around. It wasn’t en-suite – of course not, that would have been too convenient – so she headed out into the corridor in search of the facilities.

The toilet on the first floor had a giant ‘OUT OF ORDER’ sign on its door. She made her way downstairs, clutching the handrail in case her feet chose to give way under her. A couple of drinkers were still propping up the bar – lonely, solitary types whose own problems no doubt gave hers a run for her money. Arriving outside the ladies’, she found her way once again barred, this time by a yellow plastic ‘CLEANING IN PROGRESS’ sandwich board. The hum of a floor polisher emanating from within told her this wasn’t simply a ruse to give her a UTI.

‘Fuck it,’ she said, and pushed open the neighbouring door.

The gents’ was, thankfully, deserted, though she doubted anyone would have actually challenged her in any event. From past experience she knew that, if you acted like you belonged there, most people were too disconcerted to say anything. She chose the least disgusting-looking of the four cubicles, locked the door, dropped her drawers and alighted on the throne. As she sat there, doing an uncanny imitation of Niagara Falls, she eyed up the various messages scrawled on the walls and door by the resident graffiti artisans. Some wit had written the words ‘ARTS DEGREES’ above the bog-roll dispenser, with a little arrow helpfully pointing downwards for the slow-off-the-mark. It would’ve been funny if it didn’t hit so close to home.

The well had run dry and she was beginning to make a move when she heard the door opening, followed by feet on the vinyl flooring and men’s voices. She froze, half off the seat, undies still around her ankles, and listened as they drew increasingly near. There were two of them, the tone of their voices indicating a familiarity bordering on chummy.

‘She knows what she’s about, that one. And the bod on her!’ A low, appreciative whistle. ‘My eyes were out in stalks, let me tell you. Where the devil’d you find her?’

‘A gift from our mutual friend, with his compliments.’

‘Tell our mutual friend he has impeccable taste.’

Zoe thought she recognised the second voice – a curious blend of muted Scots and the strangulated vowels of a southerner.

The footsteps stopped directly in front of her cubicle. She heard the familiar sound of zips being undone, followed by piss splashing on porcelain as the two men blessed the urinals.

‘Oh, I meant to say’ – the first voice again, deeper and more obviously local than the second – ‘I’ve arranged for you to have a sit-down with Greg Forsythe next week. Nothing too formal – exchange pleasantries, identify areas of common ground, that sort of thing.’

‘Christ, really? That great clod? You’ve got more chance of meaningful conversation with a Border Collie.’

Carefully, Zoe took the door off the latch and eased it open a crack. Facing the urinals, their backs to her, were two men in dress shirts and slacks, pissing together in harmony. Men, she concluded, were weird – in so many respects afraid of showing intimacy to one another, yet perfectly relaxed about communal urination.

‘A vital role in wasting taxpayer money, more like.’ The man with the wonky accent sighed. ‘All right, all right. I’ll shake the fat slug’s hand and tell him what a bang-up job he and his merry men are doing. Sound good?’

‘I’ll have Cheryl update your diary.’

Both their taps, it seemed, had now ceased dripping, and as Zoe watched through the crack, they headed for the sinks, disappearing from view. She strained to hear their voices over the sound of running water.

‘Listen, Steve,’ said the plummy one, ‘about what we were discussing earlier… I’m afraid there’s a bit of a mess to be cleared up in Room 108. You know how it is. In the heat of the moment, you lose control, things get a little out of hand…’

A brief, awkward pause. ‘Well, I’m sure she knows better than to say anything.’

‘That’s what I’m counting on. Still, I feel we should impress upon her…’

Dom? That rang a bell too. Zoe was on her feet now, ear pressed against the laminate partition, trying her damnedest to make out what was being said over the roar of a blow-dryer.

‘Knew I could count on you. And I trust you’ll ensure the good lady is sufficiently compensated for her discretion? To be kept off the books, of course.’

‘A round of Dutch courage before we proceed, then? I gather the bar’s still doing a trade.’

‘Always a pleasure, never a chore.’

Zoe knew now where she’d heard that voice before. Knew too where she’d seen the person to whom it belonged – the same sandy-haired bloke who’d come striding in with his posse and disappeared into the private bar.

Dominic Ryland, darling of the media and would-be leader of the Scottish Conservatives.

And the vigorous humping sounds from the next-door bedroom, so innocuous at the time, now took on a decidedly more unsavoury tone – the groans less those of a couple in the throes of passion than those of a powerful man bending a struggling woman to his will.

She was out of the cubicle before she even had her jeans buttoned. She bombed it up the stairs, not bothering with the handrail this time – the urgency of the situation seemed to have given her an agility that belied her recent alcohol intake. She pelted along the first-floor corridor, eyes skating over the numbers on the doors. 105, 106, 107… She reached the door to Room 108 and wrenched it open.

Her neighbour, the courtesan, was crouched on the floor amid a sea of broken glass, spilt wine and tangled bedclothes, dabbing at her lip with a bloodstained paper tissue. One of the straps on her cocktail dress was torn, and her bare shoulder showed painful-looking red marks in the shape of fingerprints. She spun around, frozen in fear, staring up at Zoe with her one good eye. A rivulet of blood trickled from her nose. They faced one another, motionless, the only audible sounds the competing rasps of their harried breathing.

Taking matters into her own hands, Zoe grabbed her by the arm and hauled her to her feet. They took off, the woman following Zoe wordlessly as she strode down the corridor, heading away from the bar. Down a flight of concrete steps at the back, they found a fire escape. As Zoe shoved the panic bar, an alarm began to peal. It was still ringing in her ears as she burst out into the back lane, dragging her neighbour behind her, stiletto heels clacking on the cobblestones. There were no sounds of pursuit behind them, but as she ran, Zoe didn’t dare look back for fear that, if she did, she would see Dominic Ryland or his accomplice standing in the doorway, silhouetted against the light, watching them go.

Sequel to the debut novel described as “splendidly written stuff” (Crime Time), “a mesmerising debut” (Life of Cri.me) and “absolutely brimming with tension” (Portable Magic), from an author who “writes with precision and passion” (Caro Ramsay).

Cruel Summer is a gritty, highly character-driven thriller with a complex and original protagonist that explores complex moral questions relating to extra-legal justice and the limitations of the justice system.

A distinctive and compelling new entry in the “Tartan Noir” canon that will appeal to fans of Karen Campbell, Stuart MacBride and Denise Mina.