A Little Hatred by Joe Abercrombie

Biography
Born in Lancaster, England, on the last day of 1974, Abercrombie spent much of his school days playing computer games, rolling dice, and drawing maps of places that don’t exist. He went on to Manchester University to study Psychology. The dice and the maps stopped, but the computer games continued.

Audible
On the blood-soaked borders, the man they refer to as ‘The Young Lion’ struggles to win fame on the battlefield and defeat marauding armies. He hopes for help from the crown the king’s son is a feckless prince, a man who specialises in disappointments.

I read a lot of fantasy (and all kinds of other things) as a kid, and played a lot of role-playing games, so I guess I had a lot of character and world ideas hanging around the back of my head. I then ended up working as a freelance tv editor in my 20s, and I’d have a fair bit of time off between jobs. So I started writing my take on the classic epic fantasy trilogy just for my own amusement, really. Almost straight away I started to be really excited by what was coming out.

The great thing about characters is that you can make them do whatever you want them to. In that respect they’re much easier to deal with than real people. The problem, I suppose, is in getting them to do what you want to in a way that’s both believable and entertaining for the reader.

I have a sit stand desk, so I can sit at it for the occasional tasks and stand when I’m actually typing. Good for the back and I find it helps to be able to wander around the room and be a bit more energetic than just sitting there. I quite like to get a change of scene, though, and work on the train or a coffee shop or wherever. You don’t want to get into too much of a ritual. The more you can take the magic out of writing and just treat it as work the better, I find. That’s when the magic happens.

I think in a way that every author is a combination of all their influences – though those influences can certainly go beyond writing alone and into television, games, movies, and you know, life, anything that you enjoy or noticeably don’t enjoy leaves a mark of some kind. A couple of more obvious examples, maybe: Tolkien gave me a love of fantasy and detailed worldbuilding, expanded by LeGuin and Michael Moorcock. Then George RR Martin showed me that you could do something dark, shocking and character focussed while still very much writing epic fantasy. James Ellroy gave me an appreciation for vivid voice and powerful point of view writing. Elmore Leonard showed me how you can build character just through dialogue and a couple of keen, spare observations. Some of the directors and producers I worked with as a documentary editor taught me the value of pruning out every wasted word. But the best advice I ever had on writing was from my Mum, who told me you have to always be honest.

I find the nature of inspiration is you can’t just make it happen. You read, watch, play, interact and it comes when it comes. The main thing you have to do, though, is work. If you don’t work until inspiration arrives you might be waiting for ever. Generally I feel there’s a temptation to treat writing as some special magical thing, and the more you can de-mystify it and treat it as banal work that has to be got through, the easier it’ll be to make progress. If you can grind it out when you’re not feeling inspired, inspiration comes as a bonus. The muse, as they say, visits those who are already working….

Buy it now
A Little Hatred – Book One (The Age of Madness)
“On the blood-soaked borders of Angland, Leo dan Brock struggles to win fame on the battlefield, and defeat the marauding armies of Stour Nightfall. He hopes for help from the crown. But King Jezal's son, the feckless Prince Orso, is a man who specialises in disappointments. Savine dan Glokta - socialite, investor, and daughter of the most feared man in the Union - plans to claw her way to the top of the slag-heap of society by any means necessary. But the slums boil over with a rage that all the money in the world cannot control.”  More

That good and evil are often a matter of where you stand. That violence is utterly destructive for both victim and perpetrator, but at the same time has a glamour that fascinates us. That wizardly mentors do not necessarily have the best interests of the world at heart….

I think the main challenge of world-building is to create an interesting world without appearing to do much world-building. For me the world is absolutely secondary to characters and action, and its main importance is the way in which it informs the characters and provides a backdrop to the action. One can easily see why there’s a big emphasis on world sometimes in fantasy – it’s the thing that really separates it from other kinds of fiction. But for me I’m more interested in what fantasy has in common – just good storytelling.

A Little Hatred is the first book in a new trilogy called The Age of Madness. It’s set in the same world as my First Law books, but moves things on a few decades, so that the world is entering the early stages of an industrial and economic revolution, which is creating all kinds of drama. Many of the central cast are the children of characters we met in earlier books, so some of them still loom large over the narrative, but the idea always was that a new reader can start here, should they desire… 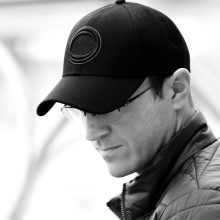 Central City by Indy Perro
“Relationships, generally, are a recurring theme. How do people relate to one another through technology, art, and social structures? How do relationships shape individuals? How do we see ourselves within our communities? These are the questions I’m drawn to through character development...” 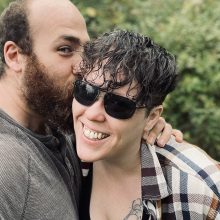 @LordGrimdark
Born in Lancaster, England, on the last day of 1974, Abercrombie spent much of his school days playing computer games, rolling dice, and drawing maps of places that don’t exist. He went on to Manchester University to study Psychology. The dice and the maps stopped, but the computer games continued.

Listen on Audible
On the blood-soaked borders, the man they refer to as ‘The Young Lion’ struggles to win fame on the battlefield and defeat marauding armies. He hopes for help from the crown the king’s son is a feckless prince, a man who specialises in disappointments. 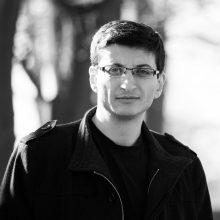 Magebane by Stephen Aryan
“I think writer's block isn't a thing, at least not in the way people typically think about it...” 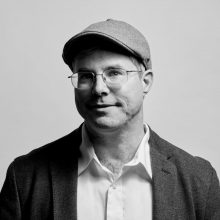 Project Hail Mary by Andy Weir
“This is the best time in history to self-publish. There’s no old-boy network between you and your readers.”