The Picture on the Fridge by Ian W. Sainsbury

Biography
Born at an early age, Ian W Sainsbury quickly learned to talk about himself in the third person, meaning a career in the arts was all but inevitable. In 1987, he ran away from university to join the circus, playing in a band providing accompaniment for monkeys riding on pigs.

Fiction
The Picture on the Fridge
Indie
Amazon
Kindle
When eleven-year-old Tam Barksworth draws an uncannily detailed picture of a place she’s never been, her mother Mags’ life starts to unravel. Even in her most paranoid moment, Mags could never have guessed the secret she is destined to uncover.

I wrote my first song at fourteen, my first comedy sketch at around the same time. The song was terrible, but my brother and my dad still quote the sketch to me today. I actually managed to get something I’d written onto a TV programme in the late 1980s (Hale and Pace). For some reason—imposter syndrome, probably—I didn’t pursue writing, and became a professional musician. I tried standup comedy for three years in the noughties. I still write comedy, for ventriloquist Paul Zerdin.
In 2015, I met someone who’d sold hundreds of thousands of novels on Amazon. I dusted off my author ambitions and gave it a go. Enough readers liked The World Walker and its sequels to enable me to write full-time.

Red bush tea first. Family duties until 8:30, then walk the dog. 9:30-10:30, noodle around with ideas, while spending too much time being distracted.
10:30 – make large pot of freshly ground coffee and start writing.
3pm Stop writing, do admin stuff and see the kids after school. Think about what I’ll be writing tomorrow.
I keep the notebook handy for the rest of the afternoon and evening, sketching out ideas. About a fifth of these will make it into the final book.

Empathising with people who don’t think like I do is one of the hardest—and most rewarding—parts of writing fiction.

I dictate most of the first draft now, but this has only taken over as my preferred method during my last couple of books. I dictate into a Zoom H1n, away from the keyboard, while I pace up and down the front room. Dragon professional dictation software transcribes it, then I immediately correct it and tighten the prose a little. Two dictation sessions gets me 2,500-3,500 words a day.

If I’m editing, I use ProWritingAid to weed out over-used words, stray adverbs etc for draft two, then invite my proofreaders/line editors to a google doc for draft three. I follow behind their progress, making any final tweaks.

My favourite writers – Graham Greene, Ursula LeGuin, John Irving, Iain Banks, Ray Bradbury, Stephen King, PG Wodehouse, Lee Child teach me that there’s always a better sentence waiting to be found, if I’m willing to put the effort in to look for it.

A writer’s life in a pandemic 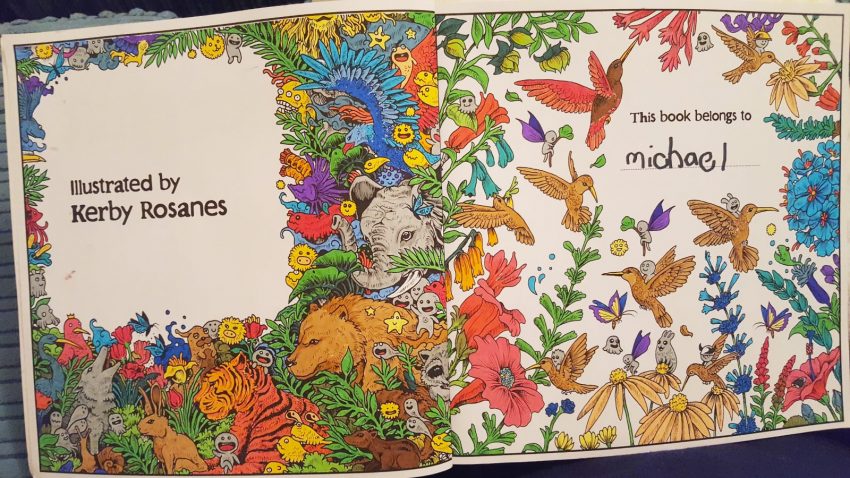 How I’m currently managing work, writing and family life in the middle of a Pandemic.

The nature/nuture debate on the formation of personality. The pros and cons of humans tinkering with their own consciousness or genetic code. The big one: ‘There are more things in heaven and earth Horatio/Than are dreamt of in your philosophy.’ We don’t know what we don’t know. Which is good news for writers who like to speculate.

It can be hard to walk the line between giving the reader too much information, and too little. The writer needs to know how the world works in detail, but the reader doesn’t, unless it has an impact on the characters.

This will sound trite, but it really isn’t. Start writing something, then finish it. That’s it. Authors get their training on the job.

My latest novel was released at the end of June – The Picture On The Fridge. It’s my first psychological thriller, and has just won the Kindle Storyteller Award 2019. 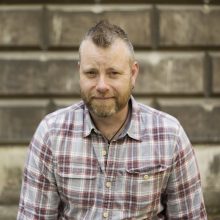 The Song of the Sycamore by Edward Cox
“Sometimes the logical thing to do is the hardest thing: killing off a character, acts of betrayal, making mistakes which have dire consequences - allowing my children to leave the nest and live their own life is probably how my abilities are most tested.” 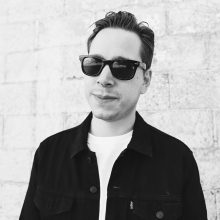 Saturday Night Sage by Noah C. Lekas
“[My] characters test the limits of my philosophical and theological paradigms. They push beyond the borders and into untamed space with resolute force”

@IanWSainsbury
Born at an early age, Ian W Sainsbury quickly learned to talk about himself in the third person, meaning a career in the arts was all but inevitable. In 1987, he ran away from university to join the circus, playing in a band providing accompaniment for monkeys riding on pigs.

Fiction
The Picture on the Fridge
Indie
View on Amazon
View on Kindle
When eleven-year-old Tam Barksworth draws an uncannily detailed picture of a place she’s never been, her mother Mags’ life starts to unravel. Even in her most paranoid moment, Mags could never have guessed the secret she is destined to uncover. 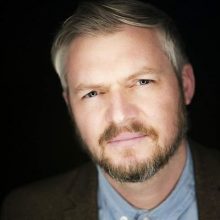 One Hundred and Fifty-two days by Giles Paley-Phillips
“I'm not sure I do fully overcome the challenges, I think I try and find a way around them.” 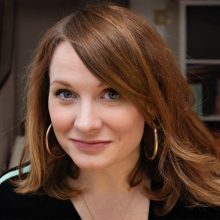 Scabby Queen by Kirstin Innes
“She’s also the queen of the tiny moment, the thing unsaid. I love the tiny little beats underscoring her characters’ interactions.”