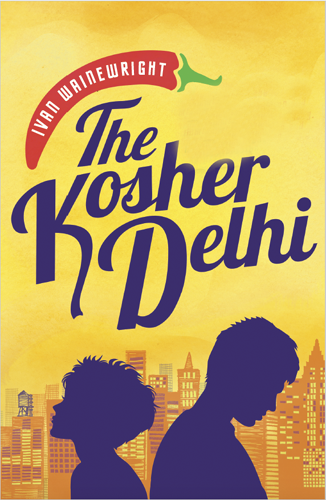 Considering all the things we did during our brief spell in Somerset that should have got us into trouble – smoking weed, pinching bottles of gin from the hotel, setting free the chickens from the farm – it’s ironic that the act which did cause the police to come looking for us was an accident.

We had finished our shifts at the hotel early that evening and Yvonne had nicked a half-full bottle of London Dry from the bar. It was a bitter February night, and we drank the gin huddled in our usual corner at the end of the pier. Unsurprisingly, we were both pissed in no time. I had a few coins in my pocket, and once we had finished the bottle, Yvonne suggested we go to the offie and buy another. But the cash was all I had until my next pay cheque, and I didn’t want to blow it on more alcohol. I tried to argue with her, but my protestations ended with Yvonne hugging me tightly and sliding her hand inside my jeans, and before I knew it she had grabbed the money out of my pocket and was running back up the pier towards the off-licence.

In the end, all we could afford were a couple of bottles of Holstein, and we slunk off towards a covered bus stop on the seafront to drink them. An old man was already hunched in the far corner of the shelter. Not that the dilapidated wooden structure provided much protection against the wind racing in off the channel.

I must have been more drunk than usual because I carried on arguing with Yvonne even as we were drinking the beer, something I would never normally have done because of my fear of upsetting her.

‘What’s your problem with me gaining experience in the hotel kitchen?’ I demanded.

Yvonne took a swig of beer. ‘You still dreaming of being a chef, Vik?’

Yvonne glared at me. ‘Youse saying I cannae sing?’ ‘Margaret Thatcher can sing better than you.’

My words came out before I could stop them. Of course Yvonne could sing, she had a strong voice. I had heard her perform many times in Leeds pubs. But I was pissed off with her, wanted to get a reaction.

Yvonne didn’t pause, and with a furious shriek, she hurled her bottle of Holstein at me. I saw it coming and ducked, but as I swerved out of the way, I watched the flight of its trajectory as it sailed through the air and hit the old man square on the forehead. It knocked him sideways and he fell, his head bouncing off the shelter and then against the concrete floor as he crumpled to the ground.

We stared in horror at his prone figure, expecting him to moan and try to get up, before I realised it was more serious. I edged up  to  where he lay  and  peered  at  his  face. He wasn’t moving. I leaned over him – his eyes were closed but he was still breathing.

‘Wha’?’ She looked at me uncertainly. ‘You could have killed him. Look.’

‘Ye must be joking. Stop pissing me aboot.’

Yvonne’s Scottish accent always became more pronounced when she was angry. Or scared.

‘Vik, he’s not unconscious. The guy was already drunk.’

‘Are you sure? Look at him. Maybe he’s in a coma.’I hesitated. ‘Christ, what are we going to do?’

‘Well, feel for his pulse or something. ‘

I looked around to see if anyone had witnessed us. Luckily there was nobody else on the windswept front, it was just a typical, dismal Wesson scene: all the shops had their shutters pulled down, the pier was dark and uninviting, damp fag-ends littered the floor of our bus shelter.

I knelt beside the old man, my fingers hovering above his face. I noticed what could have been the first shades of a bruise colouring the side of his head.

Yvonne reached down to grab my hand. ‘Come on, Vik. Let’s get out of here. Now.’

‘But -’ I looked up again. On the other side of the road was a man walking a dog, but apart from him there were only one or two people hurrying along with their scarves wrapped tight against the wind, and they didn’t seem to have noticed us. The old man wasn’t visible from that side of the street. ‘We can’t just leave him. Shouldn’t we do something?’

Yvonne snatched her woollen hat from her pocket and pulled it down tightly over her short hair.

‘He’ll be fine. He’s probably just fainted. I’m sure someone else will come along in a minute and check on him.’

We abandoned him. We ran back towards the hotel, praying noone would see us fleeing the scene, not even daring to pause at a phone box to call an ambulance, my fear outweighing my guilt. By the time the Hotel Neptune’s façade loomed up ahead, I was having second thoughts: I should have called for an ambulance. Why hadn’t I? But at least we had got away with it. As we reached the back entrance of the hotel, Yvonne turned and winked at me. We hadn’t really killed some poor old duffer, we couldn’t have. That sort of thing didn’t happen to us.