The Stuff of Love Songs 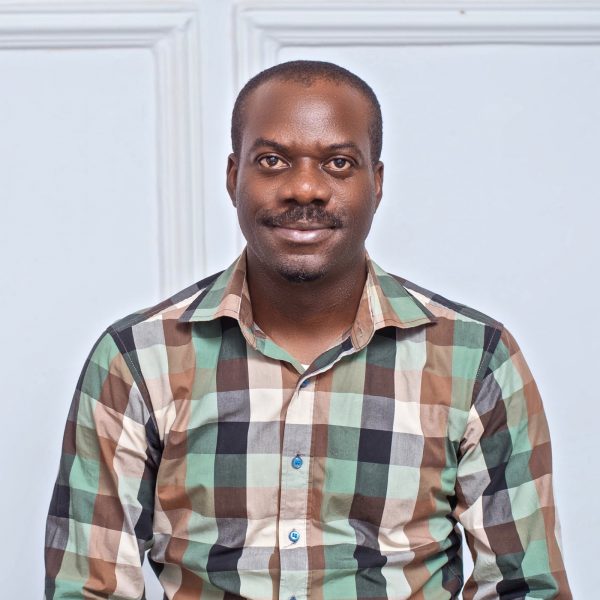 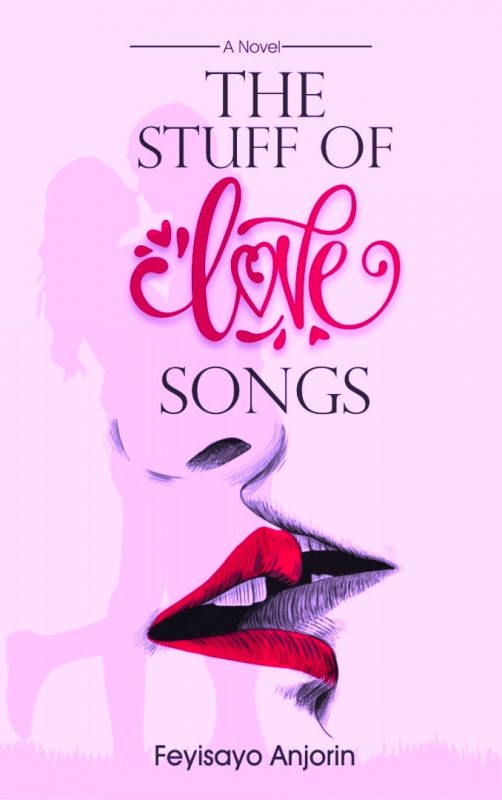 On a certain night – one I remember for the smell of rain that was in the air – after our usual late night date at our favourite hilltop restaurant with the view of the Dome and Sunshine Estate, I wanted to know why the man who has professed love and keeps professing love hardly ever calls me during office hours, not necessarily for a lengthy chat, at least during the lunch break, just to see how I’m doing.

I’ve never thought it a strange thing, because I figured he might not have the time for that, since he had never failed to be readily available for me at night for the past eighteen months.

Not that we are always together at night, but I realized that he hardly ever says no to a suggested evening or night date.

He is his own boss, with an army of people who adore his work, and he did most of his paintings during the day.

I got to know from what Tolu told me, which I’m sure of because of the way he eagerly lets me in anytime I try to draw closer to him, that the inspiration for the works typically comes in the mornings and he could sit with a canvas in his boxer shorts and barefoot, working the brush and the paints, for hours without food or water; making love to the canvas as he playfully calls it.

From the way he said it when he opened up to me about his creative process for the first time, I imagined something of a religious dedication to his art; something deep and sacred, something that needed silence, focus, and distance from the pleasures of life.

I have been loved like I’ve dreamed of being loved and my life and love seemed too good to be true; but it’s true!

I’ve never, from the day we met, and from the day he told me how much I mean to him, got any signal from Tolu’s body language that I may be disturbing something very important.

Yet when I read a viral tweet about a lover’s seriousness indicated by not being too busy to call the beloved, I had to think about us, about me and Tolu, the way we’ve been going on with this love as if surrounded by an invisible boundary, something we would rather not acknowledge let alone breach.

When I say boundary, this is not a negative thing, this is just the cry of someone who already got something good, for something better. I felt we have this healthy fear; and at the same time respect, which I thought better suited for couples who have been together for decades rather than young people who should be more passionate, more desperate, demanding more and giving more; so I concluded that he could do better if I give him the push.

So as we walked casually to the parking lot that night, holding hands, and smiling, as I was enjoying the smell of his perfume, I let go of his hands and asked him why he hardly ever calls me during the day.

“I know. I just need to know, or maybe reminded, how much.”

“So why don’t you call me in the afternoons when you know I would be having lunch break?”

“Baby, you know I would be busy with work by then.”

“Too busy to spare even a few minutes for the one you call the love of your life?”

“I think about you all day Bola. I just don’t see the need for being overly dramatic about love. Where is this coming from? This is not you. You know I would love to spend every waking moment with you if it doesn’t cripple our lives. At least I think you should have no doubt about that.”

“See? I wouldn’t have known you think about me all day if you haven’t told me now. These are the sort of things I need to know.”

“As I said, I just think when one starts all these showy dramatic stuff, it would…”

“Well. What you call showy dramatic is what I want to see more often. I don’t want us to be like….like…” I tried to find the perfect word, and I found it. “Geriatric lovers.”

Tolu stopped to look at me, snorted and laughed. Which seemed dramatic and annoying. “Geriatric lovers?”

Thanks to the moonlight and the streetlights nearby I could see his eyes; I could see he enjoyed the laugh, I could see the love in his eyes and I knew he thought I was being ridiculous for not seeing that he has been doing all he could to make me feel secure in this relationship.

“I’m serious. I’m twenty six and you are thirty, and we both act as if we have been lovers for dozens of decades.”

“Bola, did you read a book, or see something on social media?”

“I know you know what you want, but there are influences, bad advice on social media that makes people look for what is not lost and see a problem that is not there.”

“I’m not saying we have a problem.”

“Then let’s keep the faith we have in each other.”

I had to stop and look him in the eye. “Tolu, things can always get better.”

“Of course. But that is by means of acts of love done from the heart. Not a law that would keep us self conscious.”

“See? We are saying the same thing in different ways. I want us to enjoy each other without self-imposed boundaries.”

Tolu snorted, smiled, and folded his arms. “So if one of your clients have you on a deadline for events stuff, and I decide to love you recklessly, you would let it all go to follow my romantic adventures?”

Quick nods. “I will.” I said with mock sincerity, and he knew I didn’t mean it.

“I know you are not that reckless. I think I understand what you mean.”

“Prepare to be amazed.”

“I will believe it when I see it.”

Then suddenly he started laughing, initially he had his hand over his mouth; when he noticed the way I was looking at him he stopped trying to stifle it.

“We are the love Methuselahs.” He said, licking his lips.

I tried to hit him playfully but he dodged my hand, and I could not stop myself from joining the laughter.

“That was random. Bola, believe me I have no idea where that came from.”

“You started with geriatric lovers. Definitely that inspired me to come up with the love methuselahs. Our future name.”

I folded my arm. I wanted to pretend to be angry, but I couldn’t help the smile. “Tolu, do you know how silly you look and sound right now?”

That was where we ended the conversation, because his phone rang at that point. It was his Mum, so he took the call and I knew it would take some time since he had mentioned earlier that he had not spoken to his Mum in weeks, which I felt was not good enough.

When I felt from the elements that rain could start anytime soon I signaled to him that I had to get going.

He came with his metallic gray Toyota, I came with my black Mercedes; he was staying in the West end of the city, very close to the Hilltop restaurant. I had to drive through the traffic at Nepa and Democracy Park to get to my house at the East end of the city, and I didn’t want to do that in a rainstorm.

The following day, even though we had been busy with each other for about an hour on the chat apps while it rained late in the previous night, and even though we had spoken on the phone for about ten minutes in the morning, Tolu called just as I was about to send the bill for an event via email.

Earlier in the day I had put the phone on silent mode so as not to be distracted, but it was on the table beside my laptop and a pile of paperwork on the desk, so I did not miss the screen when it came alive with Tolu’s call.

It was break time, but I had a meeting with a client earlier in the day to discuss her tastes and preferences for the wedding she wanted me to handle; and she wanted me to send some details to her fiancé, so they can finalize on our contract. I was still working on that when I saw the wall clock say it was ten minutes to twelve.

Then another client wanted me to send the bill for an event we had discussed a few days ago.

I felt some weight in my stomach too, so I knew I might have to type text messages in the toilet if there is the need.

I took Tolu’s call at the first ring. I prayed it would be quick. Tolu is usually not idle at that time of the day.

“I have a surprise for you.” He said in a singsong way that got me bothered. Not just because he has never surprised me, but the excitement made him seem like he was wearing a borrowed oversized coat.

“Wouldn’t it be dumb if I tell you about my surprise on the phone.”

“You have to see it. Believe me it would blow your mind.”

“Even better darling. I got us a gift.”

“Tolu, you know the anticipation would stress me out. Please.”

“Baby, I’ve been working on this for the past three weeks. Just last night when you talked about acting our age, I immediately saw it as a conformation that it was meant to be.”

“Tolu, would you please call back? I have to do some things, and it can’t wait.” I said, walking swiftly to the toilet, certain now that I would have to send a few mails while sitting on the can.

“I can’t call back. I have to get back to work too. What I would like to see is the look in your eyes when you see the surprise I have for you.”

I ended the call, settled in the toilet and got some work done.

I did not get any call or text message from Tolu that could give me any clue about the surprise he had mentioned or about a meeting where the surprise would be unveiled. I realized this when I checked my phone as I hurried to the parking lot when it was closing time. I had been thinking about this man, trying to figure out his plans based on the kind of person he had revealed himself to be.

In the car I brought some wipes to clean my face, which was already oily, with the help of the rear-view mirror I applied some powder, brought out my red lipstick and made good art with my lips.