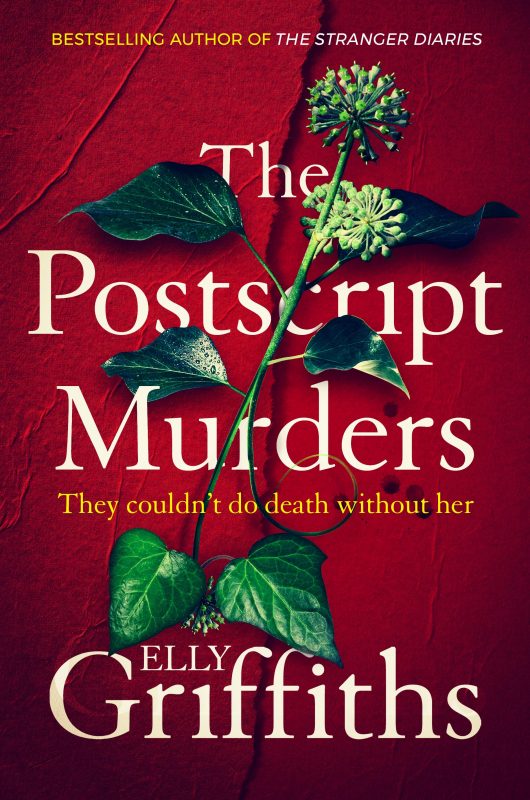 The two men have been standing there for eighteen minutes. Peggy has been timing them on her stop watch. They parked on the seafront just in front of Benedict’s café. A white Ford Fiesta. Annoyingly she can’t see the registration but, if she uses her binoculars, she can see a small scratch on the nearside door. If they have hired the car, the company will have taken a note of this. Peggy makes a note too, getting out her Investigation Book which is cunningly disguised as A Country Lady’s Diary, complete with saccharine watercolours of unlikely-looking flowers.

There are several reasons why Peggy finds the men suspicious. They look out of-place in Shoreham-by-sea, for one thing. Sometimes, just for fun and to keep her observational powers honed, Peggy makes an inventory of people who have walked past her window.

2 x male joggers, one fit-looking, one looking on verge of collapse

The men outside her window do not fit this pattern. They are not cycling, jogging or accompanied by dogs. They are not pensioners. They are probably mid to late thirties, with short hair, wearing jeans and short jackets, one blue, one grey. What would young people call them? Bomber jackets? An ill-starred name if she ever heard one. The men look similar because of the way they are dressed but Peggy doesn’t think that they are related. One is much darker-skinned than the other and built in a different way, compact rather than wiry. She doesn’t think they are lovers either. She doesn’t discount this because, unlike her son, she is open-minded and knows that there are many ways to live. And, after all, her best friend is gay. But these men don’t touch or look at each other. They aren’t laughing or arguing – the two best ways to spot if people are a couple. They are just standing there, as if they are waiting. Occasionally, The One In The Blue Jacket looks up at the flats but Peggy is keeping back behind her curtains and, besides, she is adept at disappearing into the background. All old people are.

At first she wondered if the bomber jackets had driven over especially for Benedict’s coffee, which is excellent, but the men do not move towards the shack. There is an alertness about them that Peggy finds most troubling of all. Another suspicious factor is that the men both have their backs to the sea. Who comes to Shoreham beach and doesn’t even glance at the shimmering water, looking at its very best today, dotted with sailing boats and accessorised with seagulls? But the crop-haired duo are facing the road and Seaview Court, the block of retirement flats where Peggy is currently lurking in a bay window. There’s no doubt about it. The men are waiting for something. But what?

At 11.05 precisely TOITBJ takes out his phone and speaks to the someone. TOITGJ looks at his watch which is a chunky thing, visible even at a hundred yards away. The two men confer and get back into their car. The Fiesta pulls out into the road and Peggy leans forward to get the registration number.

GY something. Is that a one or a seven? She needs to go to the opticians and get her prescription changed. Then the car stops just outside her window. Peggy leans back into her curtains which are loosely-woven cotton. So loose that she can see through the weave. It’s a little blurry but she thinks that one of the men is leaning out of the window taking photographs. Of Seaview Court. The Fiesta revs up and it’s gone.

Press for The Postscript Murders

aj finn
One of my flat-out favourite contemporary suspense writers'