Cold as the Grave by James Oswald

Biography
James Oswald is the author of the Inspector McLean series of Edinburgh-based detective mysteries, nine of which have now been published in the UK and five in the US

Audible
In Cold As The Grave, McLean stumbles upon the body of a young girl hidden away in an Old Town basement. It appears she’s been dead years, but post mortem examination corrects that to days and turns a cold case into a very hot - and strange - one.

It’s something I’ve always done, as far back as I can remember. My mother used to tell me how, even when I was just four, my uncle said I’d be a novelist on account of the extremely tall stories I used to tell. I grew up in the countryside, and although I have two brothers and a sister, I was always a bit of a loner, happiest with my head in a book.
I first thought of trying to write for a living when I graduated from Aberdeen University and couldn’t find a job. My first love was comics, so I tried that and succeeded in selling a script to 2000AD quite quickly. Alas, it took me another twenty years to persuade anyone else to pay for my words.

I’m not sure I have a typical day. I’m a livestock farmer, so it’s more dependent on the season. It also depends on whether I’m writing a first draft or editing. I am astonishingly chaotic in my habits – it’s a wonder I get anything done at all.
Having said which, I generally do the bulk of my writing in the evenings. I’ll aim to get a couple of thousand words done, but I tend not to beat myself up about word counts. A weekly target is often more productive than a daily one anyway. If I can, I like to get a few words written in the morning, to prime my brain as it were. I can let the ideas percolate throughout the day as I’m working on the farm, then have something well-formed in my mind when I sit down in the evening. Coming cold to writing at 8 pm, after a long hard day and knowing you’ve got to have 2k words before bedtime can kill creativity.

I’m not really sure. The job of a writer is to inhabit their characters while writing them, to understand what makes them tick and why they do the things they do, regardless of whether those things are good or bad.
The motto of my old school was ‘Manners Makyth Man’, and it took me a long time to realise that manners didn’t mean saying please and thank you, knowing which piece of cutlery to use with which dish, or how to tie a bow tie. Manners are – quite simply – considering the impact of your actions on other people (preferably before you do them). Approaching the world that way leads you to at least try and see the world through other people’s eyes. It’s not always easy to fathom the mind of a serial killer though, or indeed accurately portray the inner voice of a thirty year old woman when you’re neither. Developing such empathy (which is different to sympathy) for characters and people is one way writing fiction stretches my abilities.

After five years living in a static caravan on the farm, I’ve finally moved into my new house. My study is the large room above the garage (some would say too large, as its floor area is slightly bigger than the average two bed starter home!). My desk faces the window that looks out on the farmyard as the view the other way is too distracting. I use Scrivener on a Mac Mini for first drafts and structural edits, a whiteboard for what little plotting I do.
The big room is wonderful (and very self-indulgent), but I can write pretty much anywhere if needs be. I do a lot of writing on trains while travelling, and I hand wrote an entire scene for Prayer for the Dead on a flight from London to Edinburgh. Noise cancelling headphones are a godsend. I write down endless notes, but rarely consult them afterwards. Mostly because my handwriting is so appalling I can’t read it any more.

I think Iain Banks showed me that you didn’t need to be tied to any particular genre – as did working in comics, for that matter. Terry Pratchett taught me just how playful you could be with language, that the process of writing should be above all else fun. I think every book I’ve ever read has had some impact on my writing though, even those dull old Geography text books I read as a teenager.

Hide. It’s everywhere! It never leaves me alone.
Seriously though, I find inspiration everywhere. The strangest things can spark off an idea, or I can have something on my mind, see something else and put the two together. I was looking at The Meadows in Edinburgh as a setting for one of the books, and was suddenly struck by the image of a dead body, high up in the branches of one of the Wych Elms that grow there. I’ve no idea where the image came from – perhaps I was remembering an article I read ages ago about sky burials, or thinking about how there’s a problem in parts of India because the vultures are all dying out and there aren’t enough to pick clean the bones of dead Parsees. Whatever it was, the idea was so arresting that I had to use it, and so Written in Bones came about – not the story I’d been intending to write at all!

Writing a book was one of the coolest project I’ve ever worked on, and I learned so much about myself in the process. But as much fun as it was, there were some unforeseen mental effects that caught me unawares.

My signature as a crime writer is the incorporation of supernatural themes into the criminal activity. I have a fortune teller/medium as a regular recurring character, and another who is the devil incarnate (although nobody seems to have noticed). I like to use these evil and mystical elements as a lens through which to examine the world, as I think all crime fiction does. People are endlessly creative both in the evil things they do, and in the ways they invent to justify them.

What is this ‘wind down’? I’m not familiar with the concept.

If by world-building you mean creating the setting for each particular novel, then it’s mostly about getting my head in the right place to write. I’m currently on the tenth book in my Inspector McLean series, so the world is largely built. It’s pretty much the one we live in, too, only with a few demons and ghosts thrown into the mix. I don’t plan much, preferring to free-form write my first draft, and it’s always a challenge keeping the various threads running in my head. I don’t go in much for notes though. I write an ongoing commentary of what I’m doing, but rarely look at it afterwards.

Your first draft doesn’t have to be good, it just has to be done. You can’t edit something until it’s finished, be it a short story, film script, novel, whatever. I’ve been writing a long time – sixteen novels in print and many more that aren’t good enough – and I still hit a point thirty, forty-thousand words into a new work where I think it’s utter shit, I’m a rubbish writer and I should give up before they find out I’m a fraud and ask for the money back. This is perfectly natural, and happens to all writers. The trick is to recognise it, and write through it. Inexperienced authors can easily fall into the trap of going back over what they’ve done, looking for the problem. Don’t. Push on through and fix it in post.
I’ve changed characters’ gender halfway through a first draft, removed characters entirely, had different things happen. I never go back and change the earlier writing until the first draft is done. I’ll make a note that it needs to be changed, then carry on writing as if that change had been made already.

Cold As The Grave is the ninth in my Inspector McLean series. Tony McLean is an Edinburgh-based detective, on the face of it a normal copper, but who ends up investigating crimes that have some kind of supernatural element to them – be it actual eldritch beings or imagined. He’s unusual both in that he is independently wealthy – so doesn’t actually have to do the horrible work he does – and that all the weird stuff seems to flock around him even though he is an atheist in the true sense of the word. 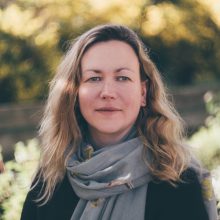 The Growing Season by Helen Sedgwick
“I find myself talking to them, arguing with them, walking around with them beside me.”

@SirBenfro
James Oswald is the author of the Inspector McLean series of Edinburgh-based detective mysteries, nine of which have now been published in the UK and five in the US

Listen on Audible
In Cold As The Grave, McLean stumbles upon the body of a young girl hidden away in an Old Town basement. It appears she’s been dead years, but post mortem examination corrects that to days and turns a cold case into a very hot - and strange - one. 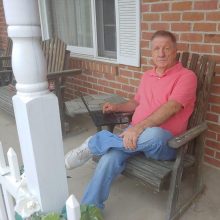 Awakening – The Eye Of The Scalian by Douglas W. Green
“Many authors speak of outlining a story with all the basic ideas and story lines. I just sat down and started writing. The characters and stories flowed like a faucet almost faster than I could put them on the screen.” 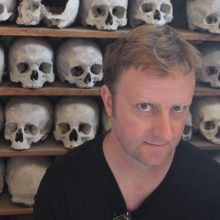 The End of Magic by Mark Stay
“If you’re starting out, then write as much as you can. Twenty minutes a day will get you into the habit. Set deadlines and make a declaration.”